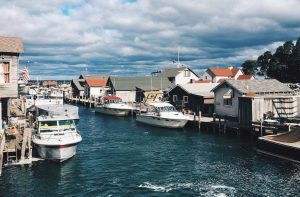 King Salmon fishing from Traverse City on West Grand Traverse Bay is on fire in August and through September. Captain Dylan Grant, of the Leelanautical, has been getting the anglers on the fish. Talk about reel screaming Kings and rod pumping Lake Trout the action is all trip long. These hard fighting fish are why… Read more »

I want to introduce to all of you Captain Dylan Grant. Congratulation Dylan on earning your captain’s license. Now, Dylan isn’t new to Reelin’ Leland Fishing Charters. Dylan has worked on the Leelanutical off and on for the better part of 11 years. Now that he is a captain, he will be operating the Leelanautical… Read more »